I am indeed proud that on this, the greatest day in Malaya's history it falls to my lot to proclaim the formal independence of this country. Today as new page is turned, and Malaya steps forward to take her rightful place as a free and independent partner in the great community of Nations-a new nation is born and though we fully realise that difficulties and problems lie ahead, we are confident that, with the blessing of God, these difficulties will be overcome and that today's events, down the avenues of history, will be our inspiration and our guide. It is therefore with a feeling of particular solemnity that we have listened to the eloquent words of His Royal Highnessl and in particular to the moving message he has conveyed from Her Majesty the Queen2. We are indeed honoored that Her Majesty should have deputed her own uncle, His Royal Highness to be with us on this occasion particularly when we remember that he is no stranger to this land: we recall too with pleasure his previous visit to Malaya and happy recollections of his stay have remained with us.

His Royal Highness has spoken in moving words of the past associations of our two countries. We in Malaya have a long history, but we do not lightly forget old relationships. For many years past our fortunes have been linked with those of Great Britain and we recall in particular the comradeship of two world wars. We remember too the products of our association; justice before the law, the legacy of an efficient public service and the highest standard of living in Asia. We shall therefore always Remember with gratitude the assistance which we have received from Great Britain down our long path to nationhood; an assistance which culminated today with the proclamation of Malaya's Independence. But the long standing friendship between our countries does not cease with independence: rather it takes on a new form. As you have heard in the gracious message from Her Majesty the Queen, Malaya will henceforward take her place in the great Commonwealth of Independent Nations whose members are found in all parts of the world, and as an equal partner in that great association. We in this country will do all in our power to promote its well-being in the interests of mankind in general and in the particular service of world peace.

Thus today a new chapter opens in our relationship with Britain; our colonial status has given place to full equality but we are confident that, fortified by old associations, and linked by old memories, our ties with Britain will grow ever stronger and more durable. British will ever find in us her best friend, and it is a soure of much gratification to my Government that British Civil Servants will continues to serve in this country to assist us in the solution of the many problems which independence will present.

But while we think of the past, we look forward in faith and hope to the future; from henceforth we are masters of our destiny, and the welfare of this beloved land is our own responsibility: Let no one think we have reached the end of the road: Independence is indeed a milestone, but it is only the threshold to high endeavour-the creation of a new and sovereign State. At this solemn moment therefore I call upon you all to dedicate yourselves to the service of the new Malaya: to work and strive with hand and brain to create a new nation, inspired by the ideals of justice and liberty-a beacon of light in a disturbed and distracted world.

High confidence has been reposed in us; let us unitedly face the challenge of the years. And so with remembrance for the past, and with confidence in the future, under the providence of God, we shall succeed.

IN THE NAME OF GOD, THE COMPASSIONATE, THE MERCIFUL. PRAISE BE TO GOD, THE LORD OF THE UNIVERSE AND MAY THE BLESSINGS AND PEACE OF GOD UPON HIS MESSENGERS

WHEREAS the time has now arrived when the people of the Persekutuan Tanah Melayu will assume the status of a free independent and sovereign nation among the nations of the World.

AND WHEREAS by an agreement styled the Federation of Malaya Agreement, 1957, between Her Majesty the Queen and Their Highness the Rulers of the Malay States it was agreed that the Malay States of lohore, Pahang, Negeri Sembilan, Selangor, Kedah, Perlis, Kelantan, Trengganu and Perak and the former Settlements of Malacca and Penang should as from the 31st day of August, 1957, be formed into a new Federation of States by the name of Persekutuan Tanah Melayu.

AND WHEREAS it was further agreed between the parties to the said agreement that the Settlements of Malacca and Penang aforesaid should as from the said date cease to form part of Her Majesty's dominions and that Her Majesty should cease to exercise any sovereignty over them.

AND WHEREAS it was further agreed by the parties aforesaid that the Federation of Malaya Agreement, 1948, and all other agreements subsisting between Her Majesty the Queen and Their Highness the Rulers or anyone of them immediately before the said date should be revoked as from that date and that all powers and jurisdiction of Her Majesty or of the Parliament of the United Kingdom in or in respects of the Settlements aforesaid or the Malay States or the Federation as a whole should come to an end.

AND WHEREAS effect has been given in the Federation of Malaya Agreement, 1957, by Her Majesty the Queen, Their Highnesses the Rulers, the Parliament of the United Kingdom and Legislatures of the Federation and of the Malay States.

AND WHEREAS a constitution for the Government of the Persekutuan Tanah Melayu has been established as the supreme law thereof.

AND WHEREAS by the Federal Constitution aforesaid provision is made to safeguard the rights and prerogatives of Their Highness the Rulers and the fundamental rights and liberties of the people and to provide for the peaceful and orderly advancement of the Persekutuan Tanah Melayu as a constitutional monarchy based on Parliamentary democracy.

AND WHEREAS the Federal Constitution aforesaid having been approved by an Ordinance of the Federal Legislatures, by the Enactments of the Malay States and by resolutions of the Legislatures of Malacca and Penang has come into force on the 31 st day of August, 1957, aforesaid.

Now in the name of God the Compassionate, the Merciful, I, TUNKU ABDUL RAHMAN PUTRA IBNI AL-MARHUM SULTAN ABDUL HAMID HALIMSHAH, PRIME MINISTER OF THE PERSEKUTUAN TANAH MELAYU, with the concurrence and approval of Their Highnesses the Rulers of the Malay States do hereby proclaim and declare on behalf of the people of the Persekutuan Tanah Melayu that as from the thirty first day of August, nineteen hundred and fifty seven, the Persekutuan Tanah Melayu comprising the States of Johore, Pahang, Negri Sembilan, Selangor, Kedah, Perlis, Kelantan, Trengganu, Perak, Malacca and Penang is and with God's blessing shall be for ever a sovereign democratic and independent State founded upon the principles of liberty and justice and ever seeking the welfare and happiness of its people and the maintenance of a just peace among all nations. 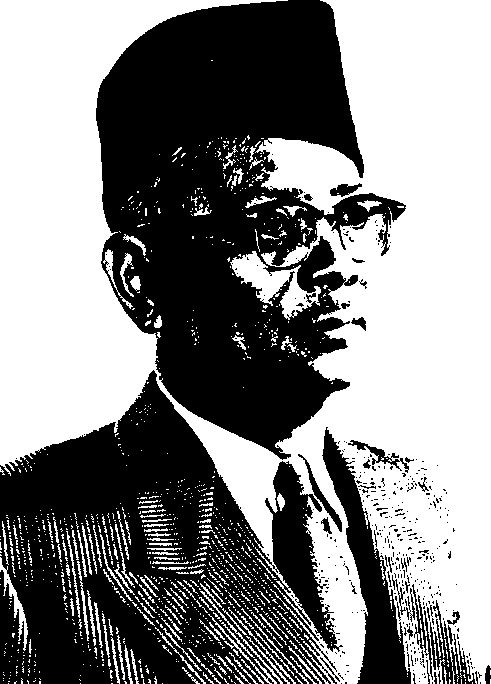